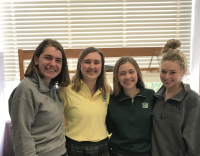 PlantingScience Staff Jun 13 at 01:10pm
has been updated by administrator

PlantingScience Staff Jun 13 at 01:03pm
has been updated by administrator

PlantingScience Staff May 27 at 10:01pm
changed the project settings

PlantingScience Staff May 27 at 10:01pm
updated the project info

PlantingScience Staff Dec 11, 2018
has been updated by administrator

PlantingScience Staff Nov 26, 2018
said
Farewell and Best Wishes
As this research project is now in the final stages of wrapping-up, we wish to thank everyone who participated in this inquiry; the students, mentors, teachers and others behind the scenes. We appreciate all of your efforts and contributions to this online learning community.

Please come back and visit the PlantingScience Project Gallery anytime to view this project in the future. You can search the Gallery by key word, team name, topic, or school name.

Hey everyone! I took a look at your report and was impressed. I have uploaded a version (ends with "JK comments) that has some suggestions. You do not need to make the changes if you do not want to, but take a look and see if you like any of them. You've done a great job with your experiment, hopefully you were able to develop an appreciation for plant sciences from your project.

Well the way I did it before was wrong so I am pretty sure this is how I am supposed to do it. Unfortunately, the data table and graph didn't really show up right / at all but I kept the file upload so you can look at that to see the table and graph. Again, thank you so much for your help!!

You guys did a great job!  I would recommend when reporting your results you not only give the percent of leaves with starch but also give the counts. For example, if 20% had starch I would report it as 20% (1/5 leaves). This way if you have sample sizes that aren't equal (maybe 5 in one group, 12 in the next group, then 6, etc...) it is easier to see the differences between percents that are similar in value. If that doesn't make sense let me know and I can re-explain it.

Hey Josh, just uploaded the final report! I hope I did it right, I wasn't really sure how to upload so that is why it is so late but thank you so much for your help! We all think the experiment turned out great!

Just a reminder that when you go to upload documents to make sure that you are not including any last names on your reports.

Hello! Today in class we took notes in class on the photosynthesis, discussing chlorophyll as a photosynthetic pigment, light reactions, absorption of light, the Calvin cycle, etc. At the end of the day we finally got to run our full experiment! We boiled the leaves for two minutes in water that was roughly 80 degrees celsius. After two minutes in water, they were transferred into 70% isopropyl alcohol, which they remained in for one minute. They were removed, place on a paper towel, and we dropped the iodine solution onto them. It took a couple minutes, but slowly the leaves placed in the light began to turn purple, while the covered leaves stayed green. Our hypothesis was correct! Yay! We believed that starch would be present in the uncovered leaves, as they were doing photosynthesis, while the covered leaves were not. This was true, but we predicted the plants under blue lights to have the most glucose (because plants take in mostly BIV waves), but the white light prevailed. The plants under the white light, uncovered, showed the most starch of all our plants. Blue came in second, while green essentially had no starch. We are very excited that we finally got our experiment to work with only a few bumps in the road. We couldn't have done it without your help, so thank you so much! Also, I will add some pictures in case you would like to see how it turned out.

I am glad to hear the project worked! Does anyone have any ideas why white light would produce more starch than blue light? To answer this we need to remember that both red AND blue light drive photosynthesis the best, in fact red light is "easier" for plants to use.

Given what you learned about photosynthesis, why do you think the plants under the green light made so little starch?

If you have any questions please let me know!

Hi JOSH! I am sorry I called you John; there was a technological mishap (aka my brain wasn't working). Our experiment went really well. Thank you for all your help. We found that white light produced the most starch instead of blue light, and we were able to collect data and make conclusions. Now, we are finishing up our formal lab report.

Hi Josh! In class on Friday, we boiled some parsley leaves from plants that were in the sun and stained them with iodine and we could see the starch!! Yay! We also set up our experiment - there was a bit of confusion but I think it is all figured out now. We now have only three plants total, one under each light (green, blue, and white) and there are some leaves on each plant covered with foil. We will collect data on Monday. I know someone took pictures of the setup, but I am not sure who; we can post them on Monday.

Hey Emily! I am glad to hear you were able to see the starch! This is a relatively simple procedure but I think I have done it in 4 different classes during college. What differences are you expecting from the different lights? Any hypothesis on which plant will produce the most or least starch? Looking forward to hearing more about your results, keep up the great work!

John - we found that crushing the leaves and using iodine did not produce any starch and thus no results. We are going to try to boil. Would it be okay to use isopropyl alcohol instead of ethyl alcohol? We also are using green and blue lights instead of red and yellow.

Hey Maggie, Isopropyl should work, essentially we are trying to get rid of the chlorophyll in the leaf. Here is an article that explains the process and includes good pictures https://sciencing.com/remove-chlorophyll-leaves-5789711.html . I am not surprised that crushing the leaves didn't work, you probably ended up breaking the starch storage compartments and lost them when you soaked in alcohol. The steps will be 1)Killing the leaf (stops more photosynthesis) with boiling water 2)Removing chlorophyll  and color with alcohol 3) Staining with iodine to see the presence of starch. I think it should be fine to use whole plants instead of covering leaves with foil, just make sure you account for the time needed to look at your plants. If you have anymore questions please let me know!